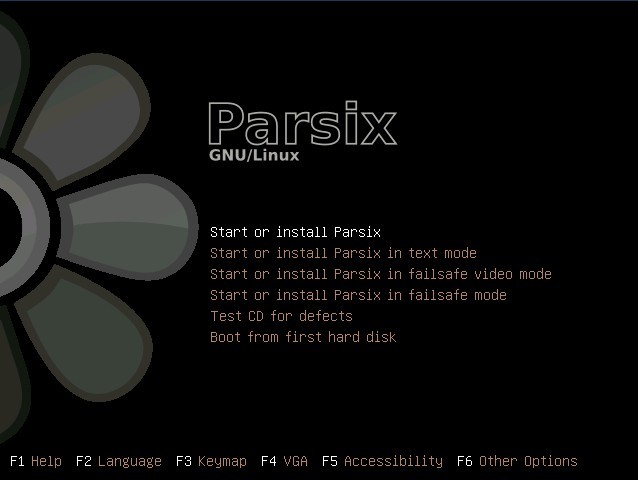 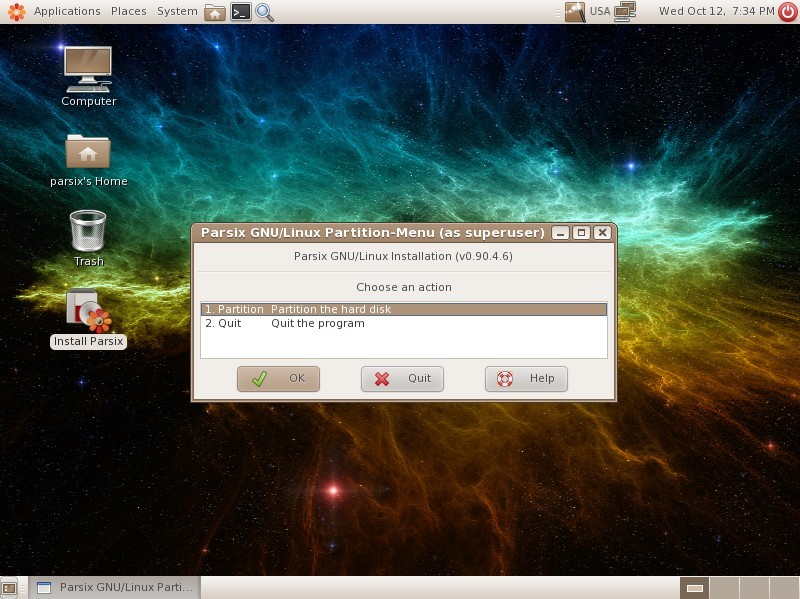 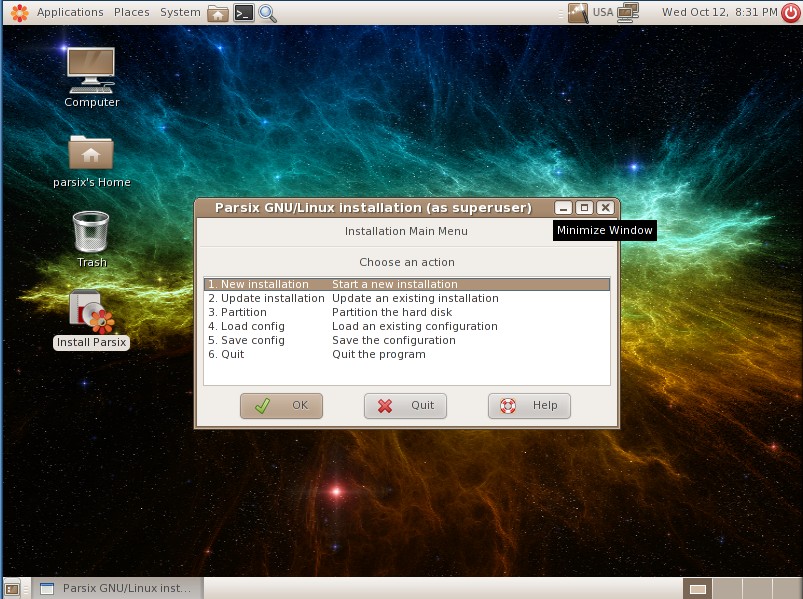 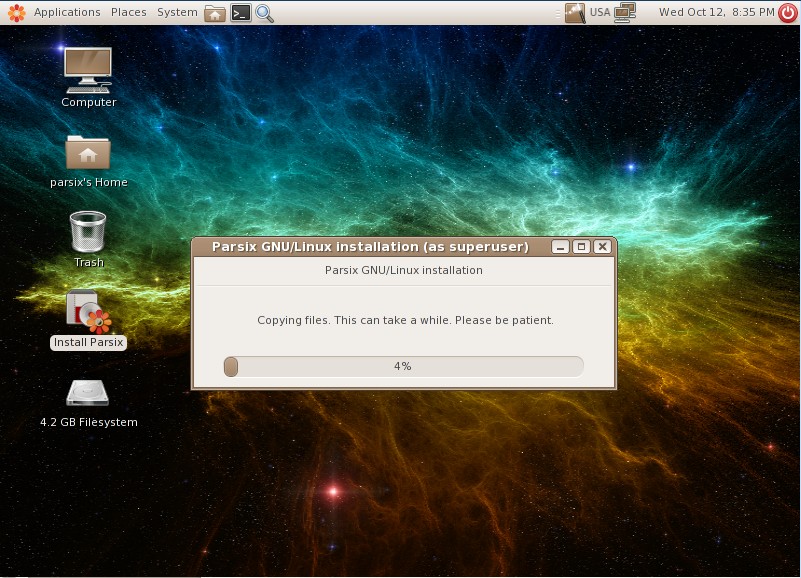 After approximately 20 minutes installation, the Parsix was able to be accessed and used, and the user interface looks like the following: 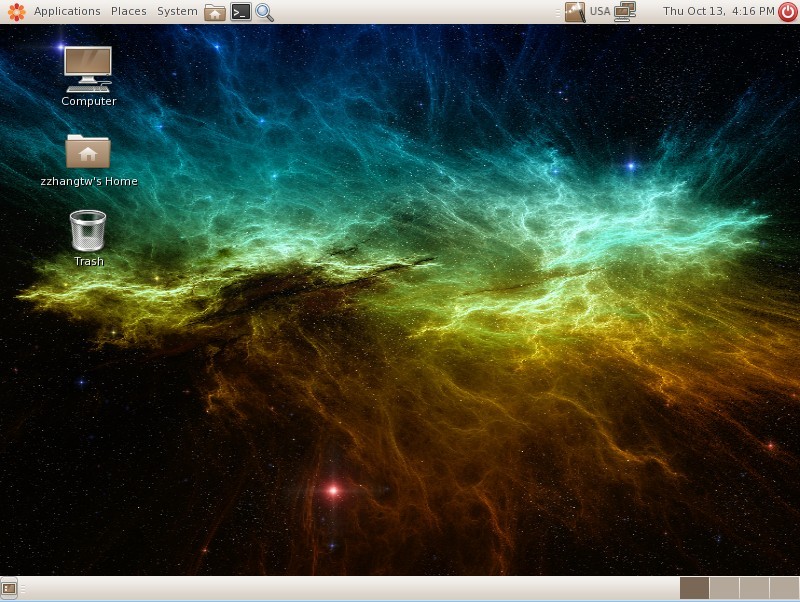