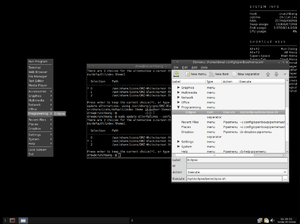 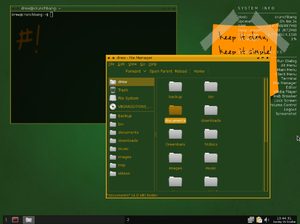 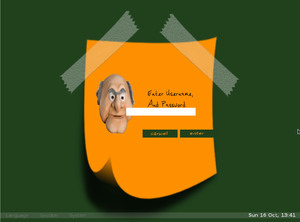 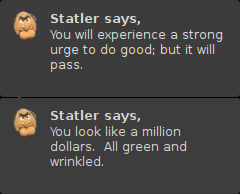 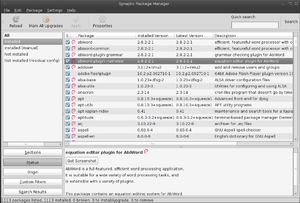 Without adding any update sites manually, Synaptic found 28751 packages, of which 1168 were installed. Note that this is after the post-installation script ran, which did update the list of available packages (apt-get update). To compare, I ran apt-get update on Debian and then checked the number of packages known by my Debian installation and Synaptic listen 28130.

I checked if the package list contained commonly used software by developers, and it had Git (already installed), Eclipse, Mercurial, QT libraries and QT creator, Boost libraries and Java in many flavors (J2EE, OpenJDK, etc.) and many libraries and services used with Java (Glassfish, Geronimo, Spring, JBoss, and more).